Polese Gasparre (1923-2009) began his career as a peddler after several years of experience with master confectioners in his country, perfecting his method with time and self-taught.

He sold gelato in the town of Cordignano and surrounding areas using a bicycle equipped with a wooden box, in which were immersed tubs of gelato in a solution of ice and salt (brine). This solution was made by the same Gasparre picking ice up in Conegliano and bringing it to the workshop wrapped in blankets with a cart hooked into the bicycle.

He made gelato manually with a simple mechanical machine, consisting of a large copper pot immersed in the brine that was made to rotate through a system of cogwheels until the right consistency, and extracted through a long spatula. 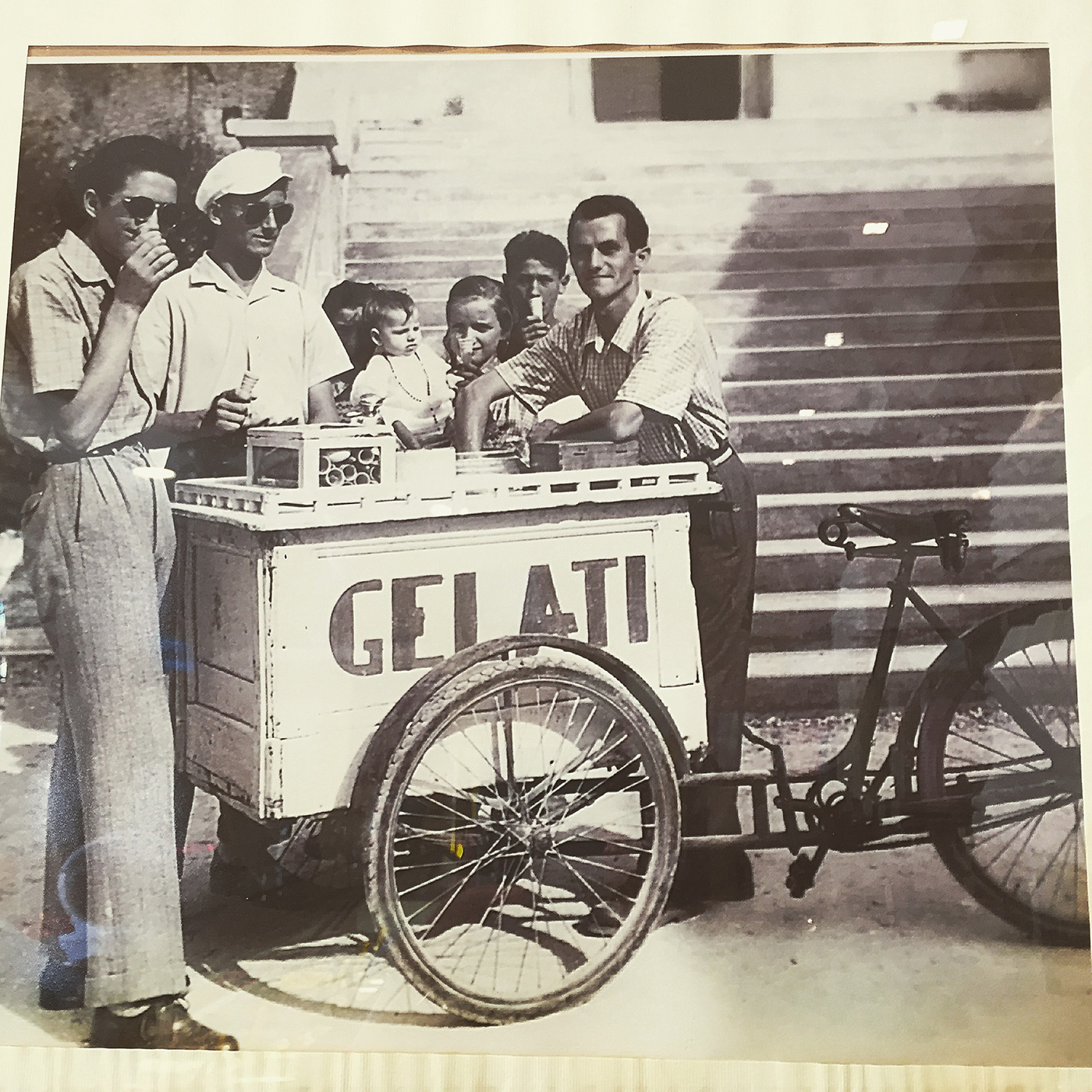 Passing from town to town Gasparre, as some of our customers who knew him tell us, was helped by young people to push his bicycle on the most demanding climbs and in turn gave them one scoop of gelato; others tell us that at the time he swapped one scoop with an egg or something that could be useful for his production.

In 1952 he invented the famous Crema Caffè and in the same year opened his shop in Piazza Italia in Cordignano proposing fruit, vegetables and some flavors of gelato like Vanilla, Strawberry, Chocolate, Lemon and the Crema Caffè as above mentioned; it replaces the old mechanical machine with an electric Carpigiani L20 but with manual extraction.

In the ’80s gelato gets more and more success, even Gasparre has a great demand and expands its clientele; so he decides to devote himself exclusively to gelato, leaving the sale of fruit and vegetables. It also replaces the Carpigiani L20 with two Carpigiani L40 having the same processing system; these Carpigiani are still used by our management.

After about 40 years working in the gelato sector, “Gasparetto”, as Gasparre was nicknamed by the people of the village and the surrounding area, decided to sell his shop requesting to the eventual purchasers the continuation of his working method.

In 1989, after ten years of experience in Germany and with the desire to settle permanently in Italy, Giuseppe De Martin and his wife Franca purchase the Gasparre gelateria, carrying on with its method until today.

Until a few days before his death in 2009, Gasparre often went to the gelateria to entertain himself with the new owners or his old customers, sometimes granting a cup of gelato.

During their management, Giuseppe De Martin and his wife with the help of their sons, who have joined them, adapted themselves to the needs of the developing market and made changes to their shop in various steps until the last one of 2012 with a renovation of the building and the furniture as well. Now they propose 40 flavours instead of 13 of 1989 continuing to respect and to be faithful to the method taught to them by “Gasparetto”. 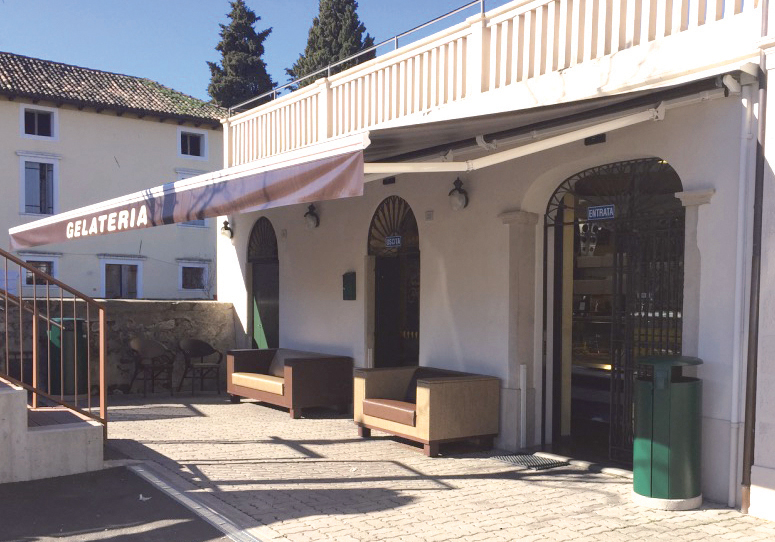 This site collects anonymous statistical data on browsing through cookies in respect of privacy. By clicking on "Accept" you consent to the use of cookies.AcceptNot acceptRead more